The Vespa Museum of Cortina d'Ampezzo is a private collection, open to visitors by appointment only, created by Marco "Devils" inside his home. Here you can see many pieces of memorabilia of the 1963 Eurovespa of Cortina d'Ampezzo, as well as photographs and gadgets of the Vespa Club Cortina.

...there are many objects dedicated to the legendary Vespa...

There are both an exhibition area, dedicated to the event, and many objects related to the legendary Vespa gathering of 1963. Surely this is a place full of surprises, and the landlord will let you discover many curiosities and interesting things. In fact, Marco's hobby is not only a passion, but also a vocation. He speaks with a true emotion about every piece and relic, that cost years of research and sacrifices. 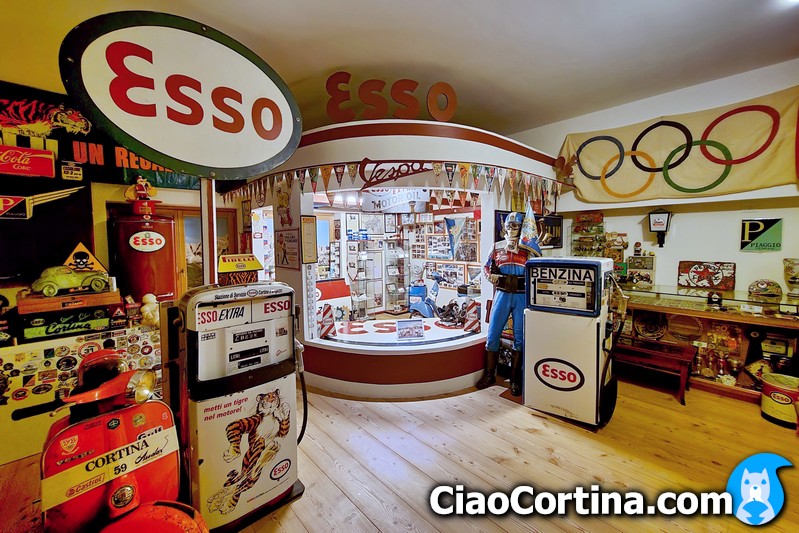 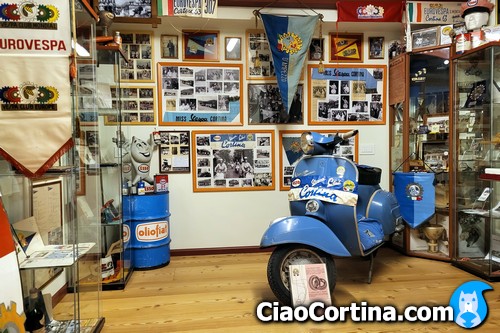 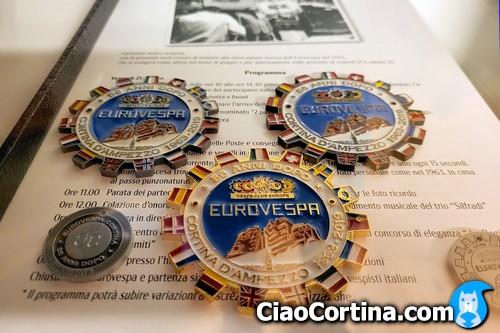 (1) Overall view of the museum. (2) Pins displayed in the window. (3) Interior of the vespa museum.

Contrary to traditional museums, where generally the objects on display are the result of donations and are kept under glass, here it is possible to speak directly with the person who found, restored and arranged those objects, according to his personal taste.

In our case, we visited the small museum thanks to our friendship with "Devils". Don't get scared by his nickname. He chose it only because of a similarity with his surname: Marco is a wonderful person.
Although we are not big Vespa fans, the visit was equally exciting and interesting. We felt the passion that Marco poured into this project and we loved every corner of the museum, to the point that we wanted to write this page to it, to help all our readers to know "Devils" and his project.

History of a Passion

Already at the age of 14 years Marco owned a Vespa as his everyday vehicle, but the turning point came later, around the year 2000. He was visiting the United Kingdom and he saw three Vespa riders passing by, dressed in their best clothes, full of patches of the various rallies they had attended.

Seeing an Italian icon bringing so much joy stimulated the curiosity of Marco. He spent some time studying the forum of "Vespa Online" and, when he returned to Italy, he bought and restored a Vespa PX 125, the first of a long series.

His extrovert nature led him to meet more and more people and to participate in many events, arriving even to face, in 2004, the tour of the United States on a Vespa Rally 1972, covering over 5.000 kilometers (3,000 mi) through the desert, crossing California, Arizona, Nevada and Utah. 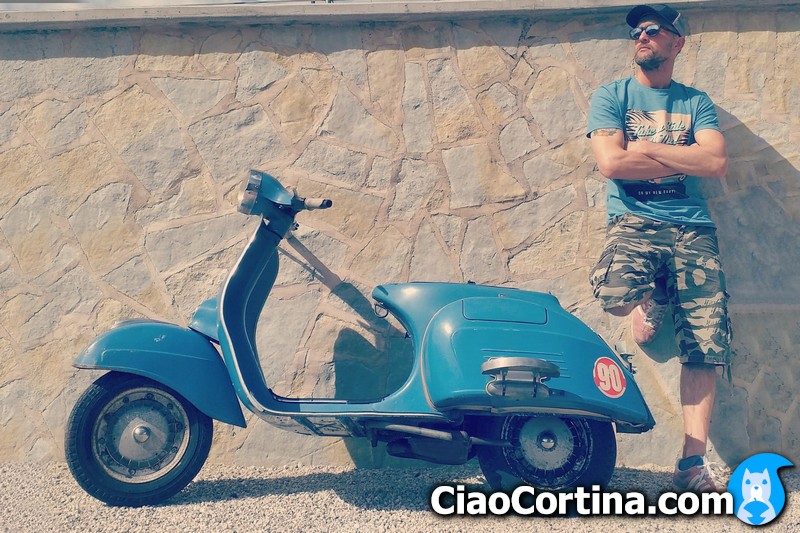 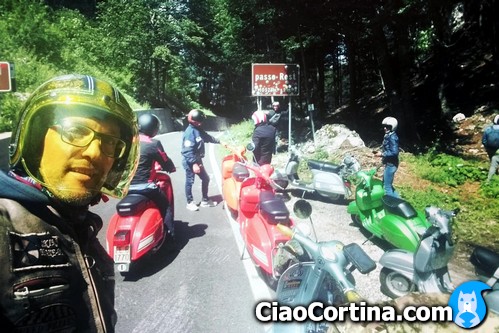 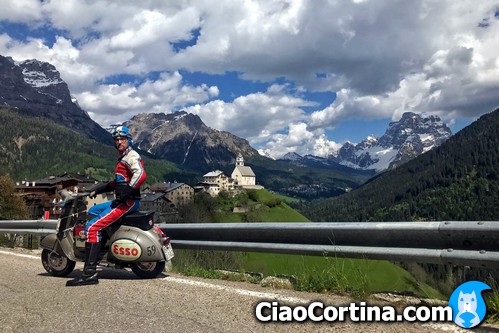 Years went by, through Sunday rallies and Vespa rides in Italy and Europe when, around 2015, a friend brought him a pin of the 1963 Eurovespa of Cortina, thinking that he might be interested in it. The curiosity was huge, what was this event that he had never heard of? He had to do some research.

Initially it was only a matter of asking some enthusiasts to know the history of the event but, little by little, curiosity turned into a passion, to the point that, in the year 2015, Marco started collecting objects dedicated to the event, even buying them from museums across Europe.

It was only in 2017 that the idea of the museum took shape, transforming a private collection into a real "museum in miniature". Here he could display all the materials found, and he could show as many people as possible his passion. The museum is not only for Vespa lovers, but also to all those who love Cortina d'Ampezzo and its history.

The Vespa Museum in Cortina

The Little Vespa Museum, located in the district of Gilardon

in Cortina d'Ampezzo, is divided into different sections. Outside the exhibition space Marco has placed his private collections, such as vespa-inspired tin toys, the oldest of which is more than 50 years old, as well as other objects reminiscent of the world of Vespa. Here you can also see some restored gas pumps, as well as Marco's personal vespas. 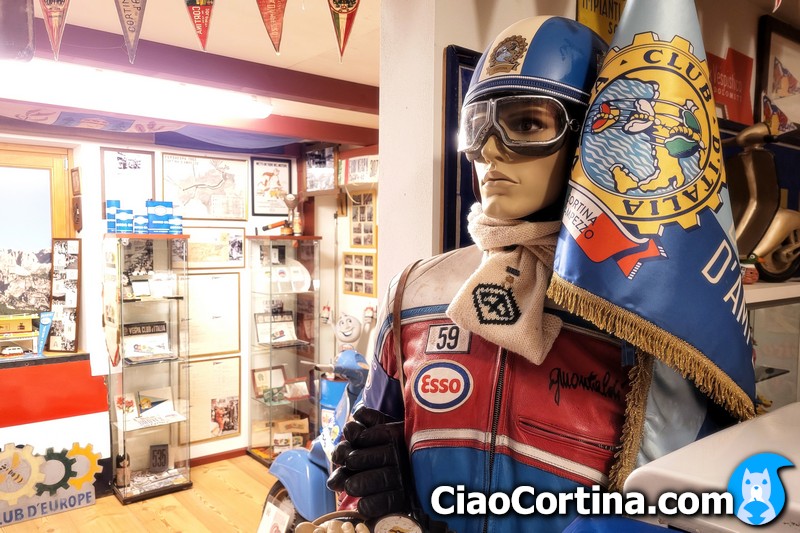 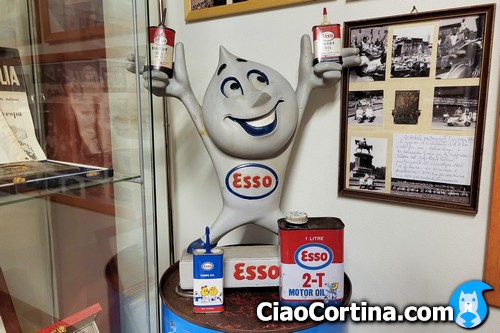 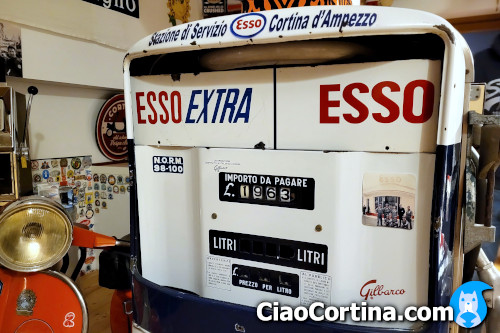 The beating heart of the museum, however, is kept inside an exhibition space created to commemorate an historic "Esso" gas station that was present in the center of Cortina. It was the meeting point of the Vespa Club of Cortina in the past century.

Inside his reproduction of the gas station, you can see the collection of memorabilia that Marco has collected over many years of work: the Euro Vespa emblems, many photographs from that period, documents and gadgets from the event, as well as objects and mementos that belonged to the Vespa Club Cortina and Esso Gasoline. Some of these memorabilia were donated by private individuals, while others were purchased around the world, from auction sites or even from Italian and European museums.

The museum is located inside Marco's private home, so it can only be visited by appointment. The fastest way to contact him is using Marco "Devils" Instagram page, we recommend to write some days before your actual visit, as this is an activity that he does in his free time. After the visit, in which the host will know how to make you feel absolutely comfortable, for those who wish, it will be possible to contribute to the project with a small donation.

The Euro Vespa is a European event that was held annually from 1954 to 2006, except for a break in the 1970s. It was the largest and most famous Vespa gathering in the world. It attracted fans from all over Europe, and even from further. The first place where the event was held was in "San Remo" in April 22-24 of 1955. Thirteen nations were present, as well as the "father" of the Vespa, Enrico Piaggio, who was made an honorary member of the Vespa Club of Europe that day. The detailed history of the events could be read on the official website of the Italian Vespa Club. The only issue is that it's written in Italian, but you may use a translator.

The Eurovespa was organized in Cortina d'Ampezzo on the 28th, 29th and 30th of June 1963 and was attended by more than 1,000 Vespa riders, including 600 from all over Europe, representing 13 countries including Sweden, Norway and Portugal. The Gala Luncheon was held at the Miramonti Hotel, while the gathering was at "Largo delle Poste", in front of the Hotel Alaska. 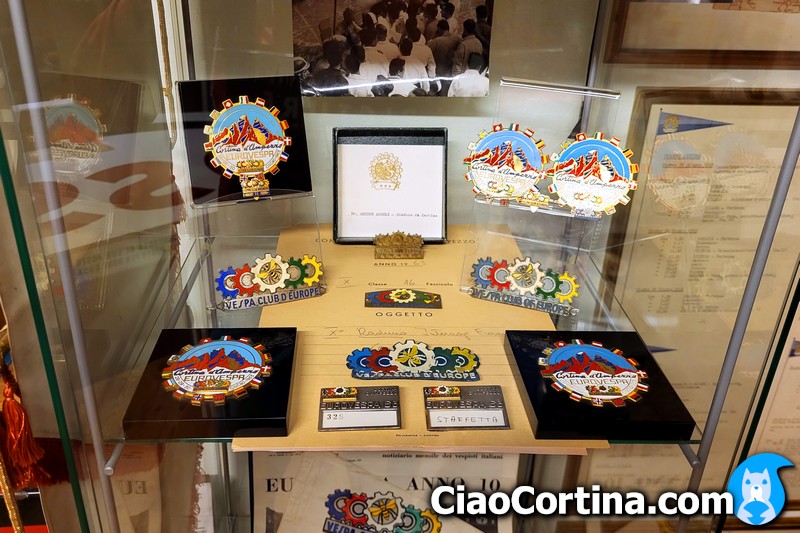 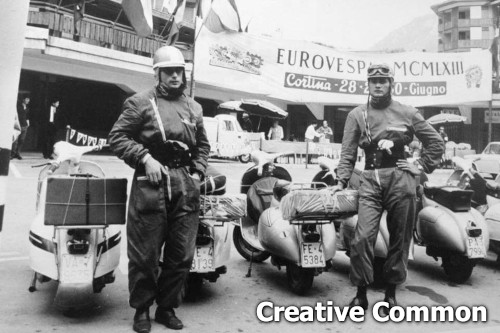 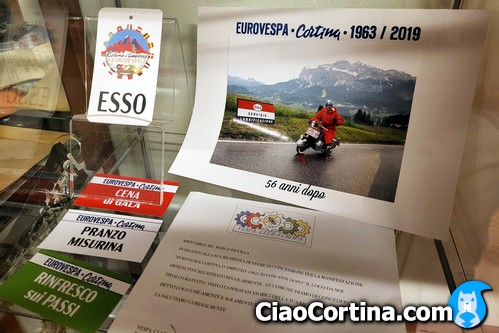 The event was organized by Renato Tassinari, the president of both the Italian Vespa Club and the European Vespa Club, with the help of Vespa Club Vipiteno and Vespa Club Belluno. The Vespa Club of Cortina could not participate in the organization, because it didn't exist at the time. It was founded later, because of the enormous success of the event. In the Cortina Vespa Museum you can see some photographs and memorabilia from the event.

Marco, in 2019 (56 years later), organized a revival of "Eurovespa". A large number of Vespa riders participated in the event. The only condition was that the Vespas had to be prior to 1963. The event was a success, as evidenced by the photographs and material neatly collected in the special section of the museum.

The Vespa Club Cortina was born thanks to the efforts of De Santa, Nuciotti and Zandegiacomi. It was September 14th, 1965, at the "Daniela" Restaurant in "Ronco", a district of Cortina. The club, like all those in Italy, lasted until 1971, when all the clubs disbanded due to the lack of a president.

Among the events organized by the club were sunday rides and social evenings. Once a year Miss Vespa, the most beautiful of all the female members, was elected. The event was won by sisters Silvana and Ida Ghedina in 1968 and 1969, respectively. The small museum displays newspaper and photographs of the event, as well as the original Miss Vespa sash. 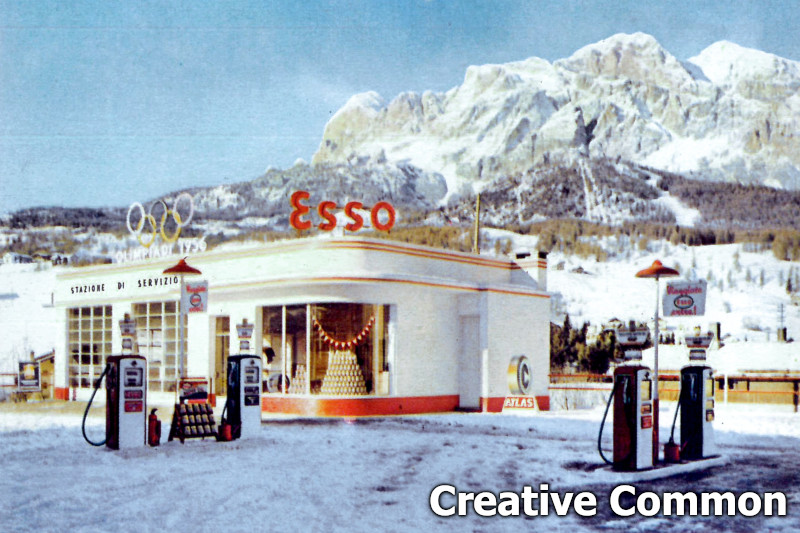 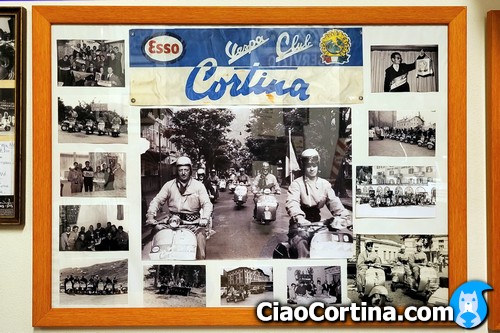 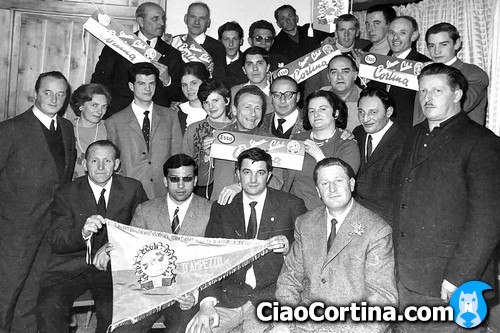 As mentioned earlier, the meeting place for the Vespa club was the Esso Gas Station in Cortina. The gas station stood in front of the "Hotel de la Poste". In recent days the Farsetti multistorey parking lot has been built, ant it's exactly here

.
The gas station was voted the best gas station in the Veneto region in 1952. The commemorative cup is displayed inside the museum, and has beem given to Marco by the Menardi Brothers, the managers of the facility at the time of the award. There are also many other gadgets that were given to the gas station customers. In the museum it is also possible to see the original table of the Cortina Vespa sales and service assistant center, run by the Zangiacomi and Fersuoch company.

This page was written with the help of Marco "Devils", whom we thank for helping us discover such an interesting part of the Cortina d'Ampezzo history. We also thank him for sharing his experience, as well as photographs of him aboard his inseparable Vespa. If you want to contact him the easiest way is to write him a message: we recommend using his Instagram page.

Hoping that you enjoyed the page on the Cortina Vespa Museum, before we say goodbye, we remind you that you can read more interesting articles about Cortina and the curiosities it hides by visiting the appropriate section of our website.

Related The Museum of the Regole d'Ampezzo What to see in Corso Italia, the center of Cortina What to do in Cortina if it rains