...the first Italian ski school was founded in Cortina d'Ampezzo...

Maybe not everyone knows that the skiing tradition in Cortina has roots firmly anchored in the past, the first Italian ski school was founded in Cortina d'Ampezzo in 1933 and since then the Pearl of the Dolomites has always been at the center of the international ski scene. It offers over 120 kilometers of skiable area, 34 cableways and 86 slopes suitable for skiers and snowboarders of all levels, both more or less experienced. The sky areas are equipped with artificial snow systems, to allow Cortina's guests to ski even in the less snowy seasons.

There's not only downhill skiing, for lovers of cross-country skiing there are about 70 km of trails, in addition to a sports center equipped with artificial snow and an illuminated path, to train even after sunset. But that's not all, for lovers of ski mountaineering there are several off-piste routes, which allow you to reach mountain lodges and peaks, with the possibility of being accompanied by experienced guides. Let's see now, in detail, all the different disciplines. 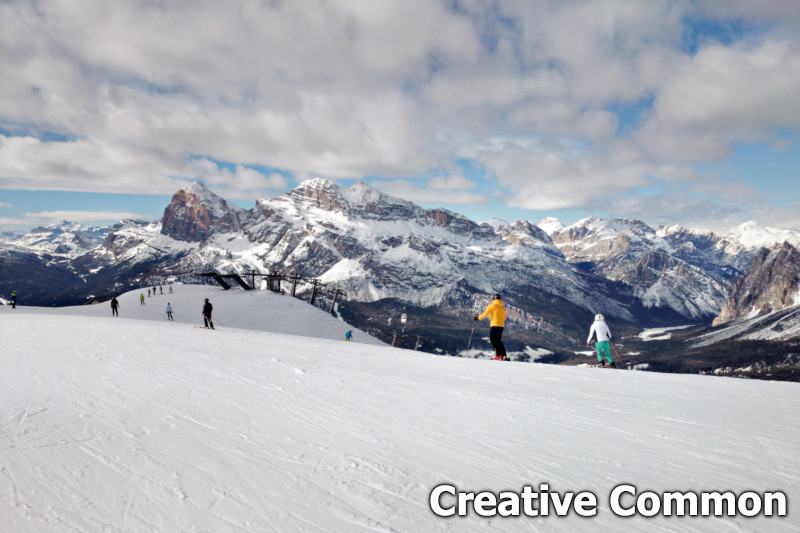 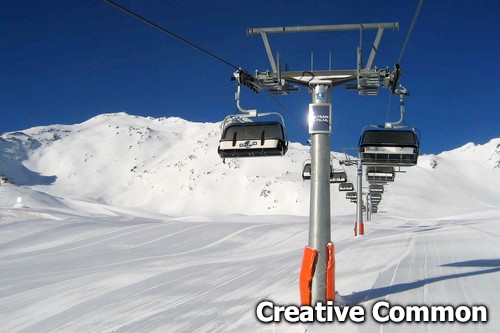 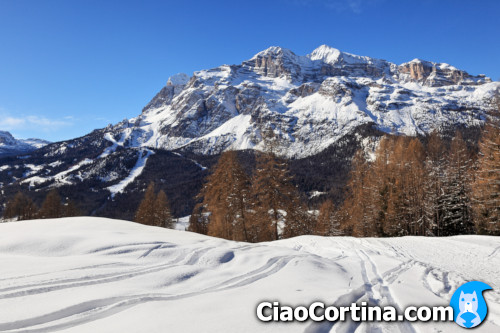 As mentioned earlier, Cortina's bond with downhill skiing is as old as skiing itself. Internationally renowned athletes have trained on these mountains, the 1956 Winter Olympics took place here, many competitions of the 2026 Winter Olympics will be held here and athletes of the caliber of Kristian Ghedina have been forged here.

In order to ski, first of all, you need to have a ski pass. For this reason, the first institution with which you should interface is the Skipass office via Marconi

, that you can also reach on their website. Once the bureaucracy is sorted out, you can finally think about where to go skiing.

On Cortina slopes it's possible to train on technical trails such as those of the Ski World Cup 2021, or relax eating in a refuge and skiing on easy slopes, suitable for everyone, even children. The ski areas are divided into three main locations: the Tofane, the Faloria - Cristallo and the Cinque Torri - Lagazuoi.

In addition to the ski lifts, Cortina also offers many ski schools, with qualified instructors for every level, from the beginner to the most experienced and trained customers. In addition to ski instructors, there are also several rentals where you can rent your equipment, if you need it.
If you need more detailed information, about the ski slopes or the ski lifts, we suggest you contact the Info point

in Corso Italia. In addition to being qualified and professional, they also have a handy map of the ski facilities, which you can also see clicking here.

Cross-country skiing is a very pleasant and rewarding sport, with several positive sides. First of all, it is a discipline that allows you to use all the muscles in your body. Secondly, it is practiced by fewer people than downhill skiing, so probably the trails will be less crowded during the peak season. Thirdly, it's a sport that gives you more contact with nature and allows you to practice sport in a more sustainable way, without the need for ski lifts. As a last thing it's also more accessible, as the costs, compared to other winter disciplines, are certainly lower.

, where it's possible to buy the ski passes, rent the equipment and enter the main cross-country skiing trails. From there starts the two illuminated rings, the trail of Pian de Loa, the one of Pian de ra Spines and the trail of the ex railroad, which allow you to ski along the same track of the Dobbiaco-Cortina race, a 42 km long classic technique race, which has been held since 1977. Is one of the most important races in the Italian cross-country scene.
Alternatively, it's also possible to practice this beautiful sport on the track of Passo Tre Croci, a difficult trail only for experienced cross-country skiers. Remember, on all trails, there is a ticket fee for cross-country skiing.

If you want to start this discipline from zero, it is a good idea to contact an instructor. The coaches of the cross-country ski school can be reached at their official website or the Fiames Sport Nordic Center, the hub of Cross-country skiing in Cortina. If you wish to have some additional information at the Info point

in Corso Italia, where it is possible to have a map of all the cross-country skiing routes, that you can also download by clicking here. 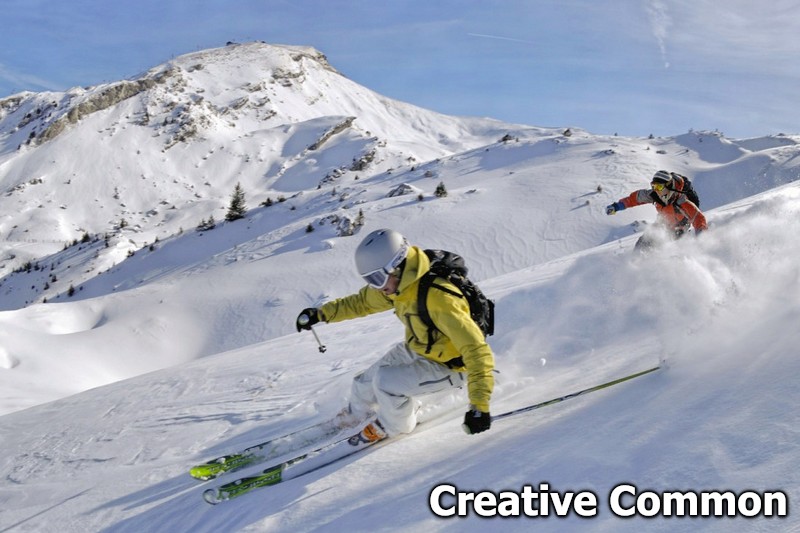 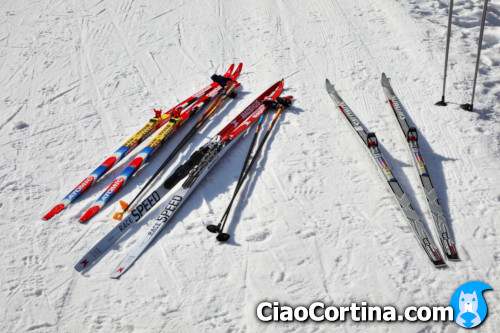 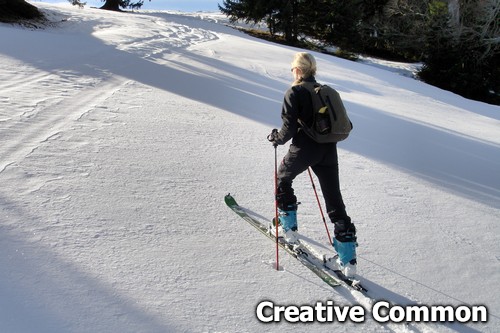 The history of ski mountaineering is much older than that of downhill skiing. Seal skins were used by the Nordic peoples long before the construction of the first ski lifts, for this reason we could consider ski mountaineering as the "purest" form of skiing in the mountains, because it involves earning every descent with sweat. It is a complete sport where, like cross-country skiing, you also use the upper part of your body. To be practiced ski mountaineering requires a fair amount of training, as well as some experience of descending on fresh snow. If you decide to approach this discipline, we recommend you to start very calmly and then gradually increase the length and difficulty of the trails.

In Cortina it is easy to find a place where you can practice Ski mountaineering. If you don't want to take the most impervious and wild trails, many mountain lodges such as Malga Federa, Rifugio Dibona or Rifugio Mietres are equipped with dedicated trails for the ascent with climbing skins. If you want to know more about these trails, we invite you to read our page about the winter excursions in Cortina d'Ampezzo, where we deeply describe each one of these routes.

If you want to tackle more technical routes, we strongly recommend you to seek a professional escort. The risks that you could run while going ski mountaineering in inaccessible places are many, from falls to avalanches. The ideal professionists to accompany you along your excursions are the Alpine Guide of Cortina, of which we invite you to visit their official website.

Hopefully it won't be necessary to remind all ski mountaineers that it is always necessary to have all the safety equipment with them: the famous Artva/Recco with probe and a shovel, as well as water, something to eat, a charged phone and an emergency battery, as the cold temperatures could cause the power off of the device.

Snowboarding in Cortina has been practiced since when it started to spread in Italy. Initially it was practiced with hard boards, creating some hussles to skiers, who considered it dangerous. Later it started to be more and more tolerated. With the arrival of the snowboard instructors, the affirmation of the soft boards and the diffusion that snowboarding has today, these disagreements are memories of the past.

Snowboarding is practiced on the same slopes as downhill skiing, so much of what is written in the chapter of Downhill skiing also applies to this discipline. Unfortunately in Cortina there are still no specific tracks for snowboarding, although some ski resorts have tried to organize something in recent years, the thing has never consolidated into a definitive track dedicated only to the snowboards.
On the slopes of Mount Faloria, at the end of the Franchetti slope, in past years a small snow park with a half pipe of 100 meters has been built, some jumps and some rails, but we are not able to confirm that this will be done again in future years. We'll update this article if we'll have more information about it.

In any case, all the services related to snowboarding are available in Cortina, such as instructors specialized in this discipline and the possibility of renting equipment. For the lovers of this sport, since 2015, Cortina has hosted the World Cup of snowboarding at night on the slopes of mount Faloria. This is one of the best occasions to celebrate a day on the snow, alternating sport and fun as in the best tradition of Snowboarders. 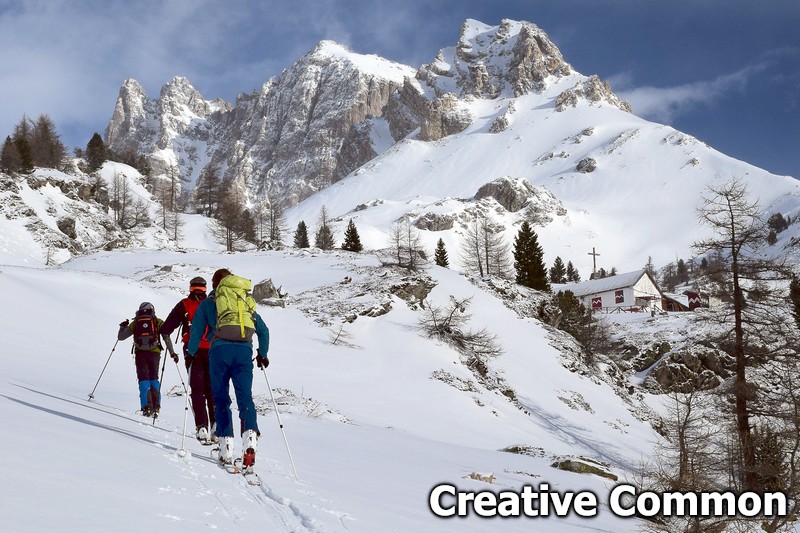 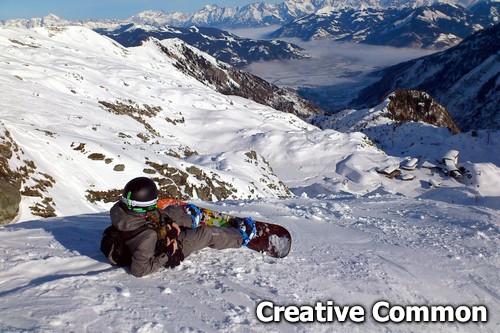 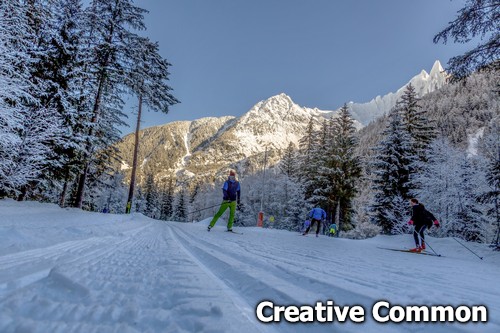 (1) Mountaineering skis in the Dolomites. (2) Downhill with snowboard. (3) Cross-country skiing in the woods.

Always remember that winter sports, if practiced without a minimum of experience, can be dangerous. If you are not sure of your abilities, the help of a sports instructor will allow you to safely get better results in less time. There are many ski schools in Cortina, as well as instructors, so you'll be spoilt for choice.

If, on the other hand, you want to try skiing off the beaten track, we strongly recommend you to always check the avalanche risk. We also recommend you to be accompanied by a guide, preferably a local one. The risks in the high mountains are many and the experience, in this case, is priceless.

Cortina in winter is not only skiing. On Cold winter days the sun goes down quite early, so you need to have plans to fill your evenings. In this site we have written several articles, but the most interesting for those who spend the vacations on skis in Cortina are probably what to do in Cortina in winter and where to have fun in Cortina, where you'll surely find some ideas to fill up your evenings in the mountains.